Shredder... Is a White Guy?

So a few days ago we got the news that William Fichtner has been cast as The Shredder in the new Michael Bay produced Teenage Mutant Ninja Turtles movie... and I'm confused.

Now, I've seen Fichtner in a bunch of different roles - most notably the angry, shotgun-wielding banker from the opening heist scene in The Dark Knight. I like him, he's a good actor. But his being cast as The Shredder raises some big questions for me.

If Shredder is not Japanese (or asian at all), what does that imply?

Is he no longer Oroku Saki? Is this Shredder a white guy who went to Japan and recruited a clan of ninjas? Did he know Hamato Yoshi back in Japan? Has he even been to Japan? What will his motivations be? Will 'honor' be important in Shredder's mind? Is there a foot clan at all, or are Shredders' minions just mercenaries or something?

Will we see Shredder's face at all?

I mean, I really don't anticipate them using make-up to make Fichtner look asian, that would be weird - among other things. If Fichtner's casting is to be taken at face value (and we'll wait to see), then - whether for good or for bad - it seems like we're in for some pretty radical changes to the Turtles stories we know and love. 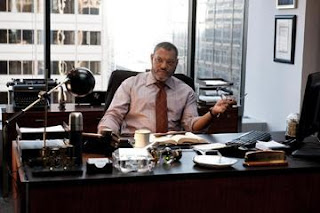 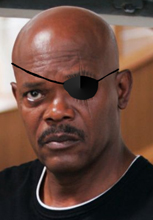 In Man of Steel, I found the traditionally white role of Perry White to be played wonderfully by Lawrence Fishbourne. In that case though, his ethnic background is not an integral part of the character or his character's history. I think the same applies to Samuel L. Jackson's casting as Nick Fury.

No, this is something else entirely.

So what is the motivation behind this casting? Are the producers just "trying something new"? Are they attempting to make a Shredder more "relevant to the times"? Are they softening him a little for the kids?

Or maybe they're afraid of a villainous Japanese Shredder offending a large cinema-going asian audience? I donno, if that's the case, you still have Hamato Yoshi (later Splinter, or in some iterations Splinter's old caretaker/master) to be a positive, heroic Japanese character.

Or maybe I should just wash my hands of the whole thing and say "Well, Michael Bay's an idiot."