DC vs Marvel at the Movies - Who Wins?

The movie Man of Steel is almost upon us, and I'm eagerly waiting with tickets in hand. I've been carefully navigating the comic book movie sites online, and while trying to avoid colliding with spoilers, I witness a lot of arguments about whether it's DC or Marvel that "wins" when it comes to the movies. Sometimes I have to roll my eyes...

Everything in pop culture is cyclical. A movie about Superman or Spider-man "wins" for the moment, and then, sooner or later, people get excited about something else. Then, Superman and Spider-man eventually come back.

If you're laughing at DC for not getting many movies out for their characters, just take a step back and remember that there was a time when Marvel basically had nothing going on movie-wise, apart from some dreadful direct-to-video releases.

The Christopher Reeve Superman, and later the Micheal Keaton Batman were the kings of superhero cinema for quite some time. Who's the "winner"? The argument seems a little silly. These images from Marvel's old "What The--?!" parody series provide some context for the whole debate; 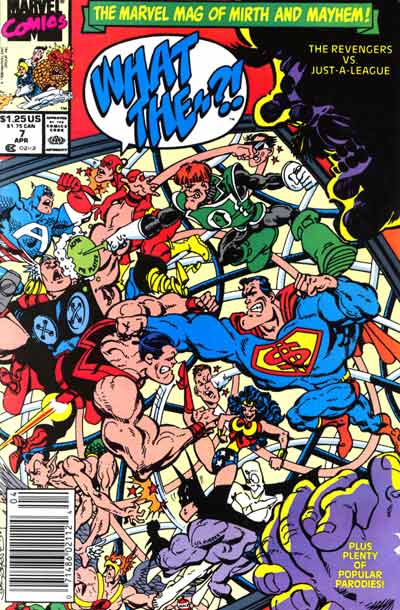 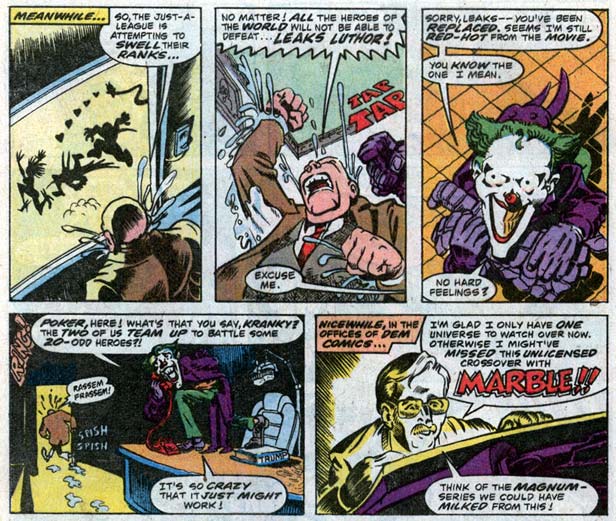 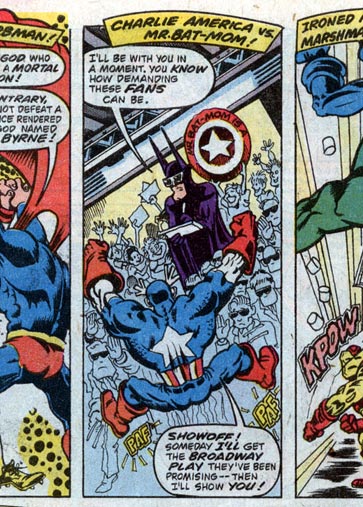 Whether it's Marvel's fun and fantasy, or DC's complexity and emotional engagement that push the right buttons for you, does it have to turn into a flame war? Marvel (Disney) or DC (Warner Bros.) could change their approach to their respective movie franchises anyway. If you know what you like, (or even if you like both) can't we just leave it at that?

Few of us have any financial interest in Marvel or DC, so we don't "win" in that way... But if the competition brings us even better movies about the characters we grew up reading, then we all win!
Posted by Dean at 11:39 AM