Bear on a Wire

You've gotta love the ambition of this poor bear....

And as a bonus, check out this friendly guy! 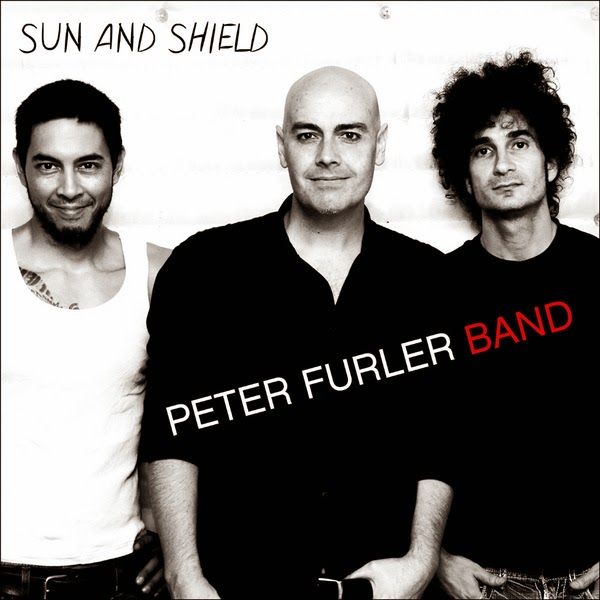 Peter Furler's newest album (or rather I should say "The Peter Furler Band's" new album) "Sun and Shield" has just hit the streets, and Furler has certainly taken things in a new direction.

When they were saying this was going to be a more "raw" sounding record, I was bracing myself for a letdown just in case. Thankfully, I had nothing to worry about. When listening to these songs, you can quickly tell that Furler is definitely showing his continued maturity as an artist.

This collection has a much more "indie" feel, moreso than most of his previous solo album or his work in the Newsboys. More raw and stripped down indeed. Think "adult-contemporary punk".

If you're tired of the dubstep & electronics-heavy sound that is so prevalent today, this album should be a welcome change of pace for you.

This record has lots of vocal and musical/instrumental surprises to keep you humming and tapping your toes with each new track...

Oddly enough, the title track "Sun and Shield" - while a good song and perhaps most friendly to "CCM hit radio", might be the least interesting one on the album.

"Shame", the title to the 4th track, is also a theme that comes up a few times throughout this album, and as you listen to it you can almost feel the resonating reverberations of Newsboys "Not Ashamed" album from so long ago. In a way, it's like Peter Furler's journey coming full circle, if you will.

The track "Yeshua" (which features longtime Christian artist - and Peter's father-in-law - Mylon Le Fevre) starts out in way that you might think it will be just another bland worship song, but it doesn't unfold that way, it's stylishly devout and one of the album's nice surprises.

If we're talking about whole songs, other notably surprising standouts on this album include "Dare I Say", "It's Alright (For Lazarus)" and "The Overcomer"

You can tell these are very personal songs for Peter Furler, though they still retain plenty of catchy melodies, bouncy tempos and satisfyingly swaying melodies - just not necessarily in a "Newsboys" way. In short, songs that are indeed personal, but not what anyone could call depressing. These songs are not a chore to listen to.

For longtime Newsboys fans, you'll be pleased to know that Phil Joel is on this album a lot. So much so that I actually wonder why he's not on the cover as a full-fledged member. In any case, Phil's background vocals are thankfully as good as ever here.

"Sun and Shield" as an album feels like a nice cohesive experience, not just a collection of singles. If you were thinking of just checking out one or two songs from this offering, I recommend that you rather get yourself the whole album to enjoy all the songs in their full context. Trust me, the journey will be worth it - it'll make you smile, and maybe even cry. All in all, it feels like a really well-balanced album. 4 out of 5 from me.

"Sun and Shield" marks an intriguing, fresh direction for Furler, and given his penchant for blazing his own trails, I'm very interested to see what Furler comes up with next.