Think About It: "Tolerance"

Have you ever noticed that whenever someone implores you to be "tolerant", they always place within that request an expectation for you to not tolerate something? Think about it.

What are these people really saying when they demand you to be "tolerant"? Are they really "tolerant" of your view if they expect that you should change it? See what I mean?

What do people really mean by "tolerance"? Tolerance of what?

The same holds true for "close-mindedness". You'll notice that whenever someone dismisses your view because it's "close-minded", that they're actually being "close-minded" to the possibility you could be right.

Is it actually a question of "tolerance" at all?

Who's standard should we use to determine what to be tolerant of and what not to, after all? I do have an answer, but you're probably not going to like it...

Email ThisBlogThis!Share to TwitterShare to FacebookShare to Pinterest
Labels: Think About It, Thoughts

Okay, how cool is this? 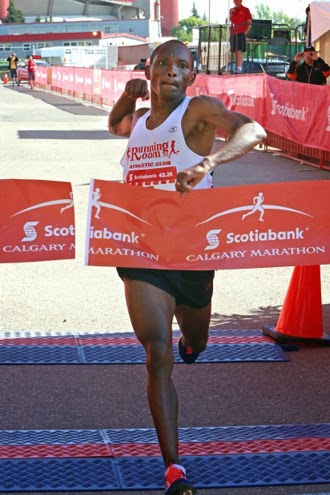 (from the Calgary Herald)
"Kip Kangogo’s daughter won’t know it for a few years, but she received a priceless birthday present on Sunday. Emma turns one in Lethbridge on Monday and her dad, running just his fourth marathon, won the Scotiabank Calgary Marathon just for her with a record race of two hours, 19 minutes and 47 seconds."