A while ago I recounted my trip to Vulcan, Alberta where I got to experience Leonard Nimoy's visit to the community and take in the sights of the day. Well I visited the Star Trek themed town again this weekend for their annual Spock Days! It was my first time for the town's summer celebration and I snapped a few pics to share with ya... (click images to enlarge) 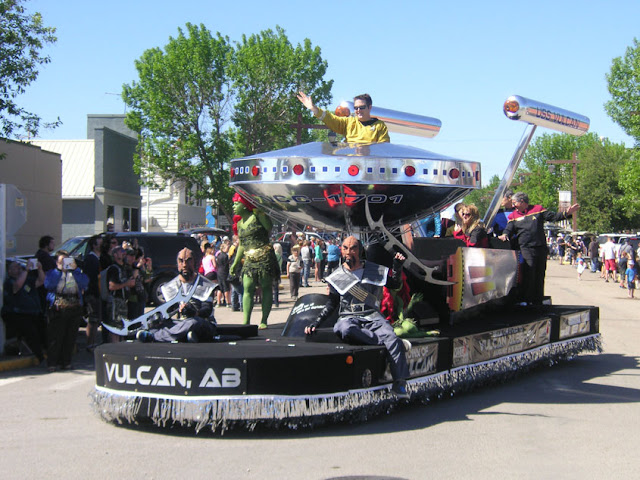 Upon first arriving, I could see the town's parade sailing down main street - headed by a "USS Vulcan" float that was actually kind of awesome. 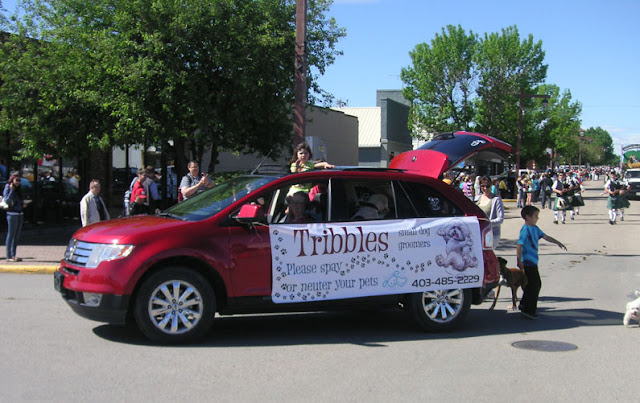 Yeah, someone should have told Captain Kirk about getting his Tribbles neutered! 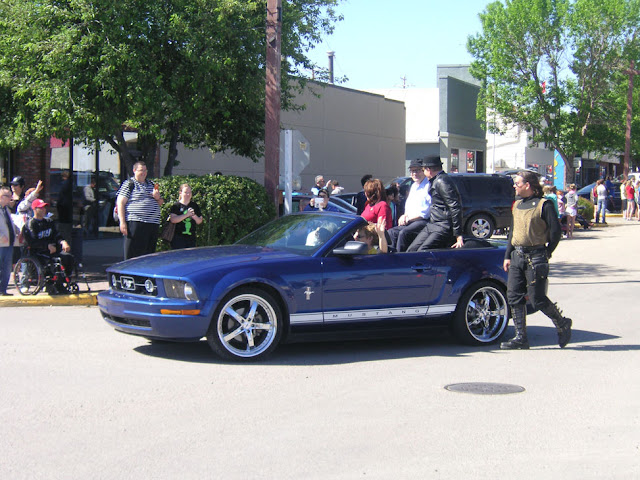 Also of great note in the parade - the guests of honor for Spock Days 2013 - Star Trek Voyager's "The Doctor", Robert Picardo, and "Neelix", Ethan Phillips! 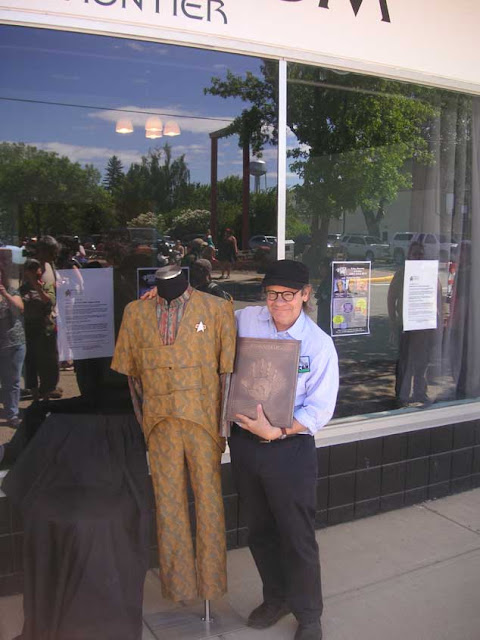 Later there were some photo ops with both actors, held at the new "Trekcetera Museum" - which unfortunately did not open to the public as scheduled because it "wasn't quite perfect yet". Bah, just open it! 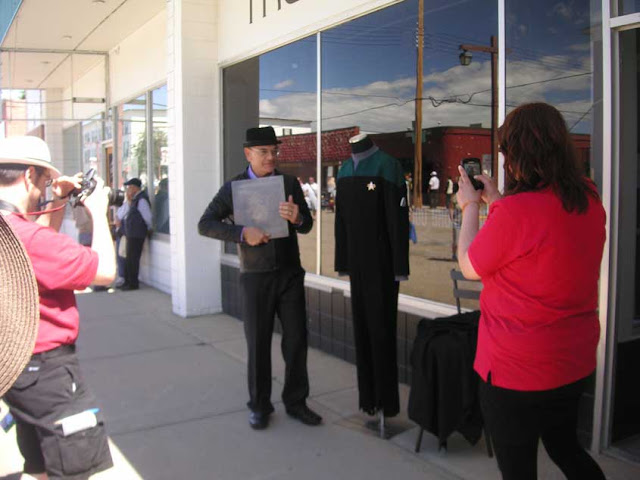 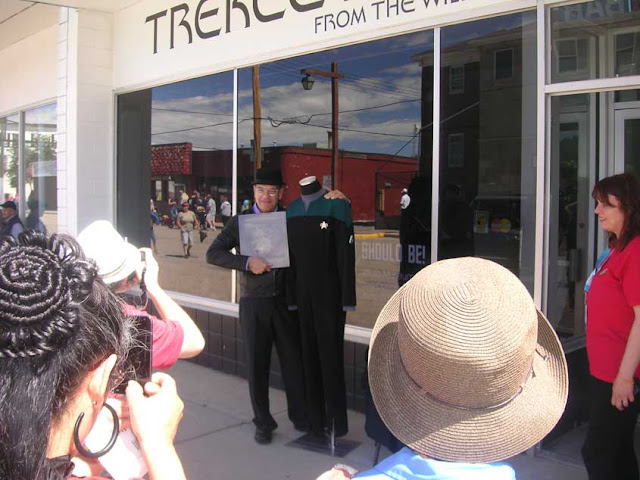 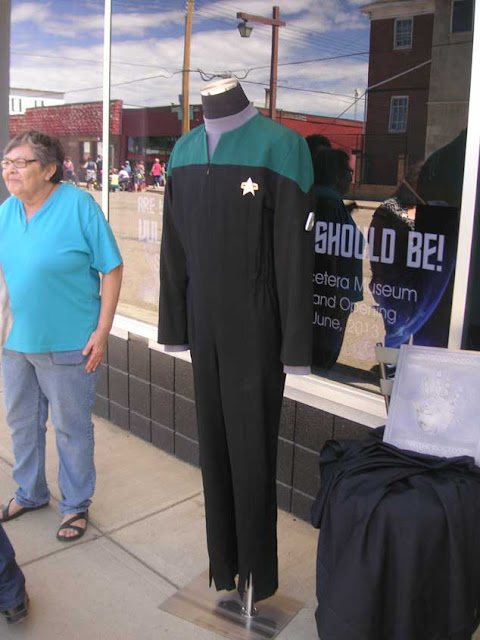 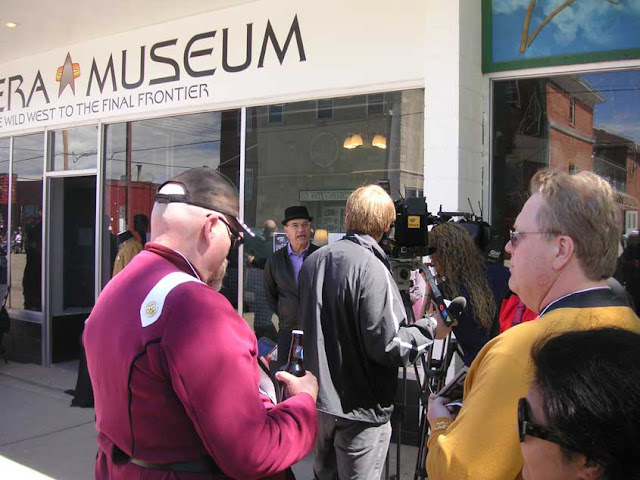 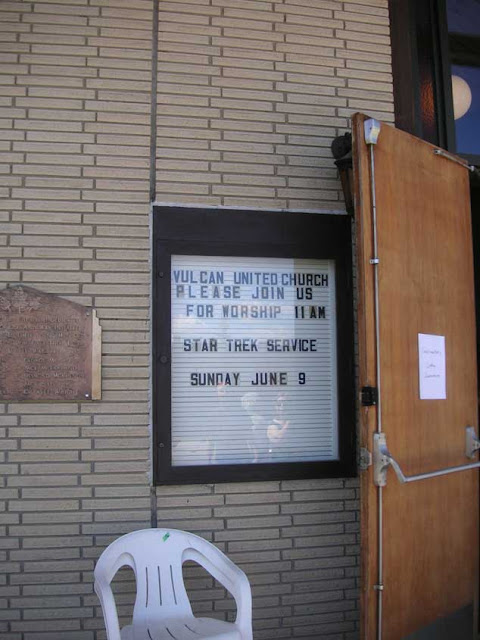 Later there was a garage sale at this church, and on the outside of the building I saw a bewildering sign. "Star Trek service"? 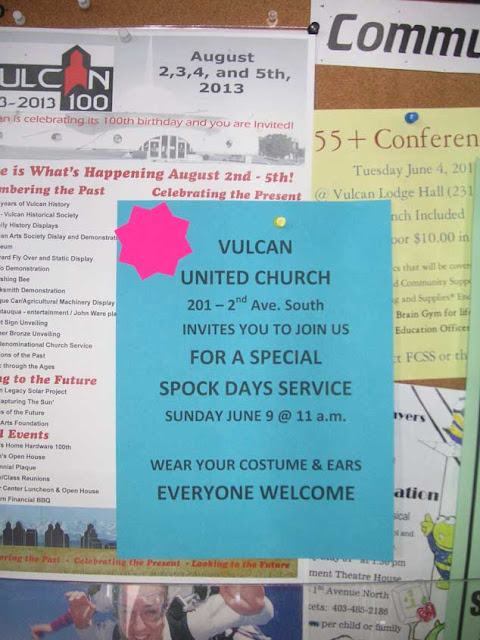 Ok, I have to say something about this. What the heck, people! Besides just being lame, don't you know that this kind of junk diminishes both Star Trek, and more importantly, the things of the spirit? Ugh... Anyway... 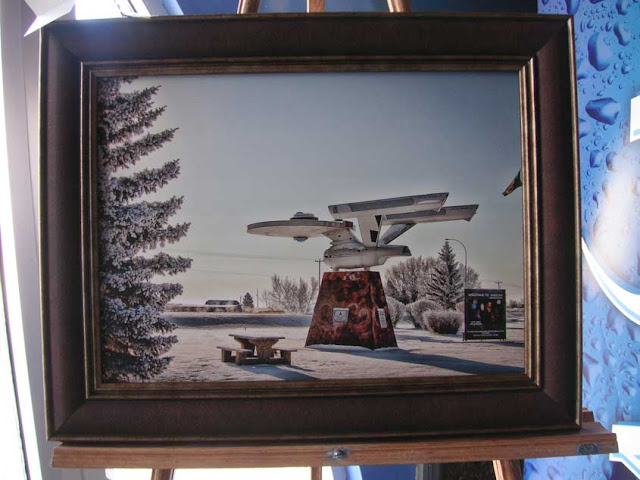 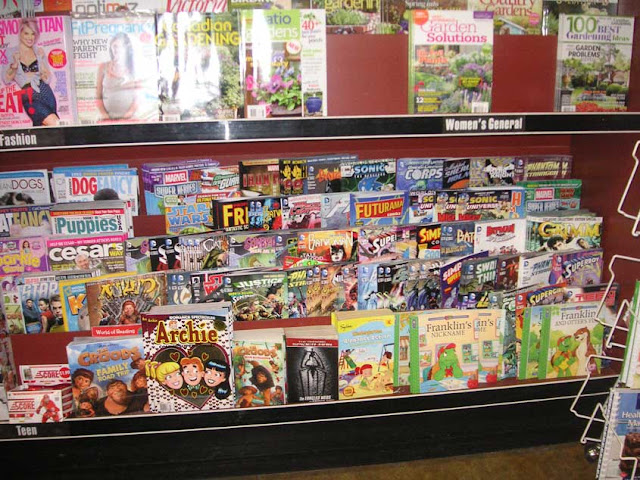 I was pretty amazed by this sight! You never see a spread of comics like this in a grocery store any more! But there it was, right in the Market Street grocery. Comic fans visiting Vulcan, go get your titles here! Wow. 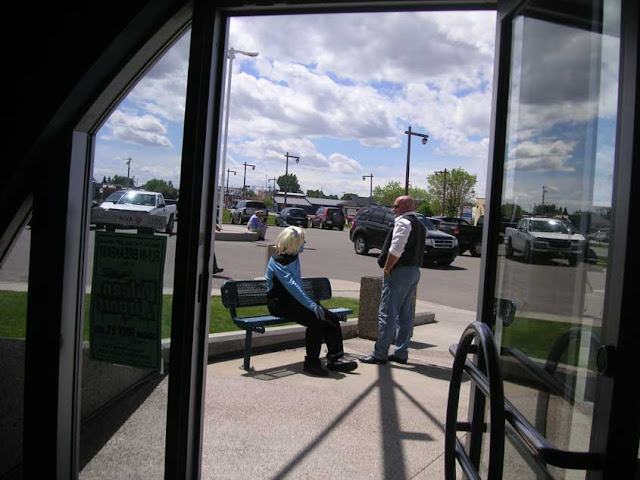 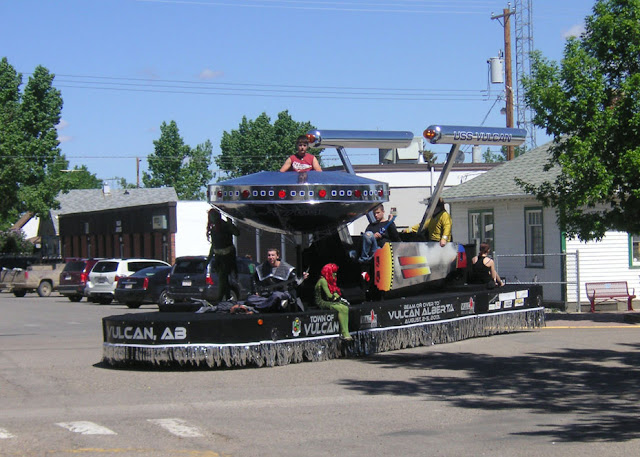 It's been a hard day's trekkin'. (Your captions welcome!)

Anyway, I hope you go visit Vulcan, Alberta some time. Oh, and don't forget to stop in at the bakery, mmmm!
Posted by Dean at 10:40 AM