"Person of Interest" - The show "Agents of Sheild" wishes it was.

I've been catching "Marvel's Agents of S.H.I.E.L.D." since the beginning. With my being a comic fan, that should come as no surprise, and it also shouldn't shock you that we comic fans like to make comparisons between things we watch, read and listen to.

With respect to Agents, I notice myself becoming more disinterested as the show goes on. I start watching the episode and find myself drifting off to the computer or kitchen. I can't help but compare that to the way I feel watching Person of Interest. I wait anxiously for it to come on and I watch intently. I rush back hurriedly to the TV (with snack in hand) when the commerical break ends.

Why don't I feel like this when Agents is on? Well for me at least, I think I can answer that. 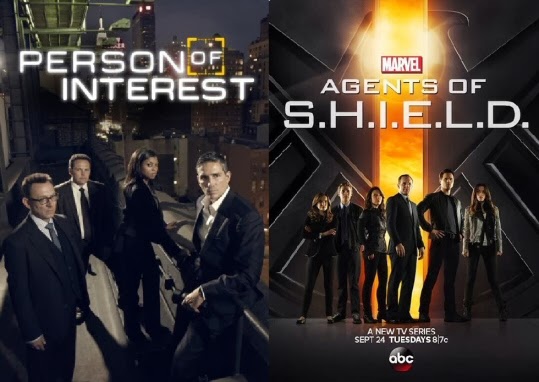 In Agents, it's this constant attempt to show you how witty, sexy and flashy it is. The one-liners come fast and furious, the action is big and bold, and the characters are all, like, super-awesome.

Don't get me wrong, there's certainly nothing wrong with one-liners, big action, or awesome characters, but they shouldn't be the point...

Person tells stories about people; It's about ordinary people and yes, extraordinary people as well. It has a plausible yet unmistakably "science fiction" bent to it via "the Machine", but that aspect never overshadows the characters and their interactions. The witty banter and one-liners are used much more sparingly than in Agents, thus have more impact and "punch".

Now I know that the shows each have different purposes in a number of respects, with Agents being in the same universe as the Avengers, it aims to be more fantastical and more bombastic. Unlike Person though, the characters are frankly not that interesting to me. They're each great at their particular thing, but seem to come off as "know-it-all's" and unlikable jerks.

All TV shows, regardless of premise, need interesting characters - first and foremost.

I will acknowledge at this point that I may have a bias however, as Person of Interest has been described as a show about Batman, only he is split into two people and there are no costumes. While that seems a bit trite, It's not completely off-base, and the fact that it's creator is Jonathan Nolan, brother to Christopher Nolan, has not gone unnoticed by me...

Person concerns itself with engaging you in it's characters. Agents too often gets lost within it's own "awesomeness". To put it simply, Agents of S.H.I.E.L.D. desperately wants you to know it's cool. Person of Interest just is.

In all fairness though, Agents of S.H.I.E.L.D. is young and just getting it's footing, who knows where it could go?
Posted by Dean at 6:56 PM